Coming off a highly successful 2022 campaign, local Atlanta racer Ashton Harrison and her Wayne Taylor Racing NSX team are taking a big step forward for 2023. The Harrison Contracting NSX will be running in the IMSA Michelin Cup for 2023, including the four biggest races of the year the Rolex 24 at DAYTONA, Mobil 1 Twelve Hours of Sebring, Sahlen’s Six Hours of the Glen and MOTUL Petit Le Mans.

Ashton Harrison, Kyle Marcelli and Daniel Formal will pilot the GTD class entry. Ryan Briscoe, a highly experienced driver will also join during the 24 hour Daytona race. The NSX will be running the full series, and will be partnering with Racers Edge which has championship pedigree, will be making the move to the all new GTP LMDh prototype class for 2023.

“I’m thrilled to be back in the IMSA paddock with the full Endurance Cup schedule alongside Harrison Contracting and Wayne Taylor Racing. It’s also very exciting to have Racers Edge back with us to tackle the season. Getting the opportunity to share our red Acura NSX GT3 Evo22 with my WTR teammates Kyle and Danny for a full season is going to be a hoot and having Ryan Briscoe join us as our fourth driver for the Rolex is very exciting. His experience and success in IMSA and at the Rolex speaks for itself. He’s a great addition to our team. We all have a great working relationship with Wayne Taylor Racing and Racers Edge and have high expectations for each other and the team going into the opening rounds at the Roar and Rolex.”

Ashton Harrison is the first woman to win a championship in any category of GT World Challenge America.  Ashton is also a four-year veteran of IMSA’s Lamborghini Super Trofeo North America sports car series. Ashton has additional claims as the first women to win at the Lamborghini World Finals. She continues to make waves in the motorsports scene.

Be sure to follow along with Ashton and her team’s success in 2023. Their iconic red Acrua NSX is hard to miss on TV or on the track.

“It’s exciting to see [them] go from Super Trofeo all the way into GTP and their own red GTD car. It has been fantastic seeing Ashton develop over the years. Having her step in at Sebring last year and win a championship in SRO, this all ties it together. Bringing in Ryan Briscoe, he’s going to be a mentor. He’s a champion and his resume speaks for itself, so placing him with Kyle, Danny and Ashton who were already teammates in Lamborghini, is a true testament to what the Wayne Taylor Racing organization is trying to build—using the resources we have to bring people in, past, present and future and make it so they can go out and win races and sell their brand. With these four drivers, I don’t think there’s anyone out there who can say they have a much stronger lineup.”

The No. 93 Acura NSX will make its 2023 debut at the Roar Before the Rolex 24 on January 20-22. The main event, the Rolex 24 at DAYTONA weekend, runs from January 26-29. Tune into Harrison Atlanta’s, Racers Edge’s and WTR’s official social channels for content, news, updates, and further announcements. 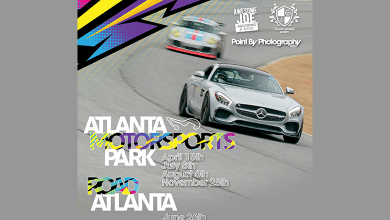 Friday Night Drifting Is Back For 2023 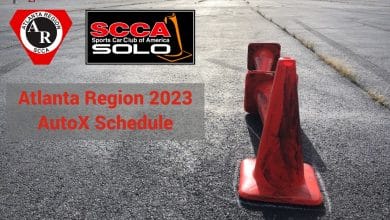 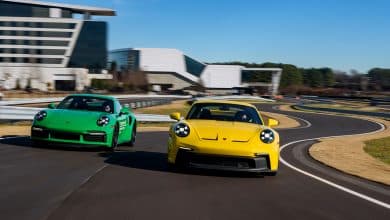