Our goal is to help rekindle the love of drag racing. We want to give you something new to do with your car that doesn’t require a lot of planning or money. At ShiftAtlanta we are all about making the love of your car accessible. So it felt like a good time to remind ourselves how much we love drag racing, and how easy it is to get into.

Even if you’ve never been before. It may seem a little intimating, its not complicated once you get the hang of it. In fact, it’s the easiest and cheapest way to get into competitive auto racing. Yes, you read that right. If you’ve never been drag racing and are not familiar with the terminology, or need a refresher, we suggest you jump straight over to our drag racing primer first, then come back and read this article.

We will also cover what’s new in the last few years when it come to drag racing, ways to get back into drag racing, and a primer for those who have never been to help them get out to the track without fear. Finally we’ll recap the places and events in the Atlanta area where you can go drag racing, even as a sportsman. We’ll also hit the topic of the barriers to going head on.

Why Drag Racing Is Accessible

Drag racing is the most accessible form of Motorsports because it requires very little to go do. It’s cheap (generally under $50 or less) for most Test and Tune events. It requires no special equipment, other than a helmet, unless you have a very crazy fast car.

Don’t mistake accessible for easy or that it doesn’t require any skill. Getting good at drag racing, specifically the launch is difficult to get perfect. Part of what we at Shift want to encourage people to get out and practice. You don’t need to be perfect to have fun.

One significant way Drag Racing is accessible would be the abundance of weekly events known as test and tune nights. Unlike most track events that require pre-planning, registration and generally only happen a few times a year, test and tune happens at multiple tracks on most weeks. You don’t need to pre-register or pre-plan. You can literally decide that afternoon to head out and go drag racing.

Finally, a big way it is accessible is the low wear on the car. While repeated launches does stress your cars driveline, unless you do dozens of launches in a night and do it repeatably, it’s unlikely a well maintained car without a lot of mods will break. Also, compared to road course and even AutoX the brake, tire and other wear is very low. It truly is one of the few ways you can just show up and run.

Going Even If Your Unsure

If you haven’t been, or you went and didn’t have a great experience, let me tell you why now is the time to get back into it. Not only for all of the reasons I mention above that make it accessible, there is a lot of opportunity to go, give it a try and get better.

First, there are a lot more people at the Test and Tune events that have never done drag racing than you might assume. While our primer will help you with what to do and what to expect, there is no replacement for experience. Don’t assume people are pointing and laughing, or that you are even the least experienced person there.

Second, there are opportunities to practice launching. ShiftAtlanta will soon be offering a series of events for those who have never been drag racing or want to improve their launches by experienced drag racers to coach you through the launch process. Also, by reading our primer you can know about and eliminate most of the common mistakes. It’s actually pretty easy to go drag racing and if you are more focused on your launch, and less “what this going to be like” you’ll do better.

Third, it offers you a chance to get a baseline. While dyno tunes and factory numbers are great, they don’t accurate predict your car. There are so many factors to consider. You need to find your baseline. Then as you continue to work on your craft, and even mod your car, you know exactly how you are progressing.

It can be nerve racking, but its not as complicated as you think. Learn the basics before you go and focus on getting off of the line. Everything else is easy.

Getting Back To Drag Racing In Atlanta

If you’ve been drag racing before but haven’t been in a while and are looking to rekindle your interest, here are some ways you can get back out to the track. We also touch on getting back into competitive drag racing and opportunities to improve your launch times.

If you live in the Atlanta are and are just looking to get back to out to the track there are a couple of choices. The best choices if you don’t care about the type of racing (1/4 or 1/8) mile there are a number of choices for Test and Tune’s. While most Test and Tune racing occurs on Friday nights, some of the tracks have additional days of the weekends.

If you are trying to get better at drag racing we’d suggest one of the 1/8th mile track (Paradise, La Grange) or make the drive to Silver Dollar. These tracks tend to be a lot less crowded than Atlanta Dragway or AMS. You’ll get a lot more opportunity to practice your launches.

Further down we list some quick information on the places you can go, you can also check out our list of Atlanta area drag strips to find the track nearest you.

As the current owner of the Import Showdown said to me at the most recent event, “there is nothing else like this for the car community”. And he is right. Import Showdown is easily the most accessible competitive racing event that isn’t for a specific car. Import, Domestic. Highly competitive or casual. There is a class for nearly everyone, and test and tune for everyone else.

Import Showdown is one of the last drag racing events standing in Georgia for Import (Japanese and German) car enthusiasts. Other popular events in the past included the Import Faceoff – sadly they do not come to Georgia or Alabama anymore.

The event has been running for nearly 20 years. It has a deep and consistent following. It also generally occurs twice a year. While the focus is primarily the competitions, there is plenty of test and tune time in-between the competition rounds and before they start.

AMS hosts a competitive Friday night drag racing series. The series encourages regular attendance by creating a points system. So you can win your individual class for the night, but also build up points to win the season. There is about as easy as it gets to get into competitive drag racing.

Unlike most drag strips, AMS doesn’t have time slips. Also it’s an 1/8th mile strip. You simply line up and the fastest car down at the end wins. Its simple, but is surprisingly fun. And it’s competitive. Don’t think because it’s easy it means winning is easy.

While no time slips is a bit of a disappointment if you are trying to work on the specifics of your car or launching, for those just looking to have a legal way to race their car, or get some more experience with drag racing without worrying about the numbers its a great choice.

Where To Go Drag Racing

For more details and locations of the tracks, visit our Atlanta Area Drag Strips. For context though we are highlighting the tracks here with their respective types, test and tune days and general locations.

If it’s been a while since you’ve been to a drag race, or never been and curious where the scene is going, here are the current trends we are seeing.

Ever wanted to be able to floor your car flat out and hit triple digits, even potentially beyond? While most drag racing is 1/4th, or even 1/8th mile, in the last 10 years there have been a number of events that are 1/2 mile.

If you’ve ever drag raced 1/4 mile feels like a month distance from behind the wheel. It’s not uncommon for cars to hit triple digits in the 1/4. So you can imagine with twice the distance getting to 150mph or higher in a high horsepower street car is not a difficult feat.

If you have ever been to a drag race and would like more to your experience without needing to become a “drag racer”, then this is the event for you.

WannaGoFast and Shift Sector, among others, put on the 1/2 mile races. A 2020 date hasn’t been announced for the Atlanta area, likely due to COVID. Check back for updates once it is.

While Shootout events have always been popular they have absolutely dominated the scene in the last few years. Shootout events cover Import vs. Domestic and model vs. model. Some shootouts are model vs model but compare various models to make a larger event.

The Import Showdown qualifies as a Shootout type event with their Imports vs. The World class. For the vast majority of other Shootout events expect to travel to Ohio, Maryland or Florida, though there are Shootout events across the country.

For the longest time Bracket Racing was a rare site at Shootouts and Import Racing. Long popular with the classic and domestic crowd as a way to generate competitive racing without having to regulate the cars themselves. However, Import drag racing fans favored straight up “fastest car wins” drag racing. If you are not familiar with bracket racing, skip down to our Primer for beginners for more information.

In recent years as the sport has matured and more and more drag racing was done in competitions, import events have begun adopting bracket racing. It is a way to bring more people into the competitions and allow for more seat time, without having to have a specific class for each type of car. It’s also a lot easier to regulate. It avoids a lot of the headaches of competitions which includes the potential for people trying to um, “work around the rules” if you will.

As a product of the 90s and 00s car scene its hard to downplay the import vs. Domestic tension. While I am aging myself, it seemed to come up in ANY conversation relating to speed or the drag strip. Magazines articles about custom builds to prove whether the light 4cylinders, often with forced induction were superior or if there was “no replacement for displacement”.

We recently attended the Import Showdown, which itself has transitioned to “imports vs. the world”, a shootout that brings imports and domestics together. Its a true sign of how things have changed. While there is still competition and preference, the lines are blurred. Imports regularly have 8s and domestics have 4s and turbo 6s. It’s made for a far more entertaining scene. It feels like a car scene, not an import scene or domestic scene.

Caffeine and Octane Is Back 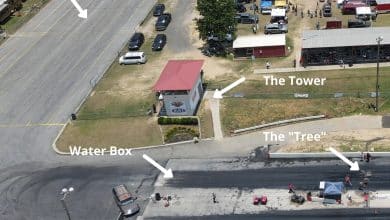